Cows are gentle giants and are as diverse in personality as cats, dogs, and humans! They display a full range of traits including boldness, shyness, sociability, and being temperamental. They are gregarious, preferring to spend their time with other cows, and they form complex relationships, much like dogs in packs. Animal behaviorists have found that cows interact in socially complex ways, developing friendships over time and sometimes holding grudges against other cows who treat them badly!

A cruel reality…  In the U.S., more than 29 million cows suffer and die in the meat and dairy industries every year. Cows are clever and have been known to go to extraordinary lengths to escape from slaughterhouses. They mourn the deaths of and even separation from those they love, sometimes shedding tears over their loss. The mother/calf bond is particularly strong, and there are countless reports of mother cows who continue to call and search frantically for their babies after the calves have been taken away and sold to veal or beef farms. 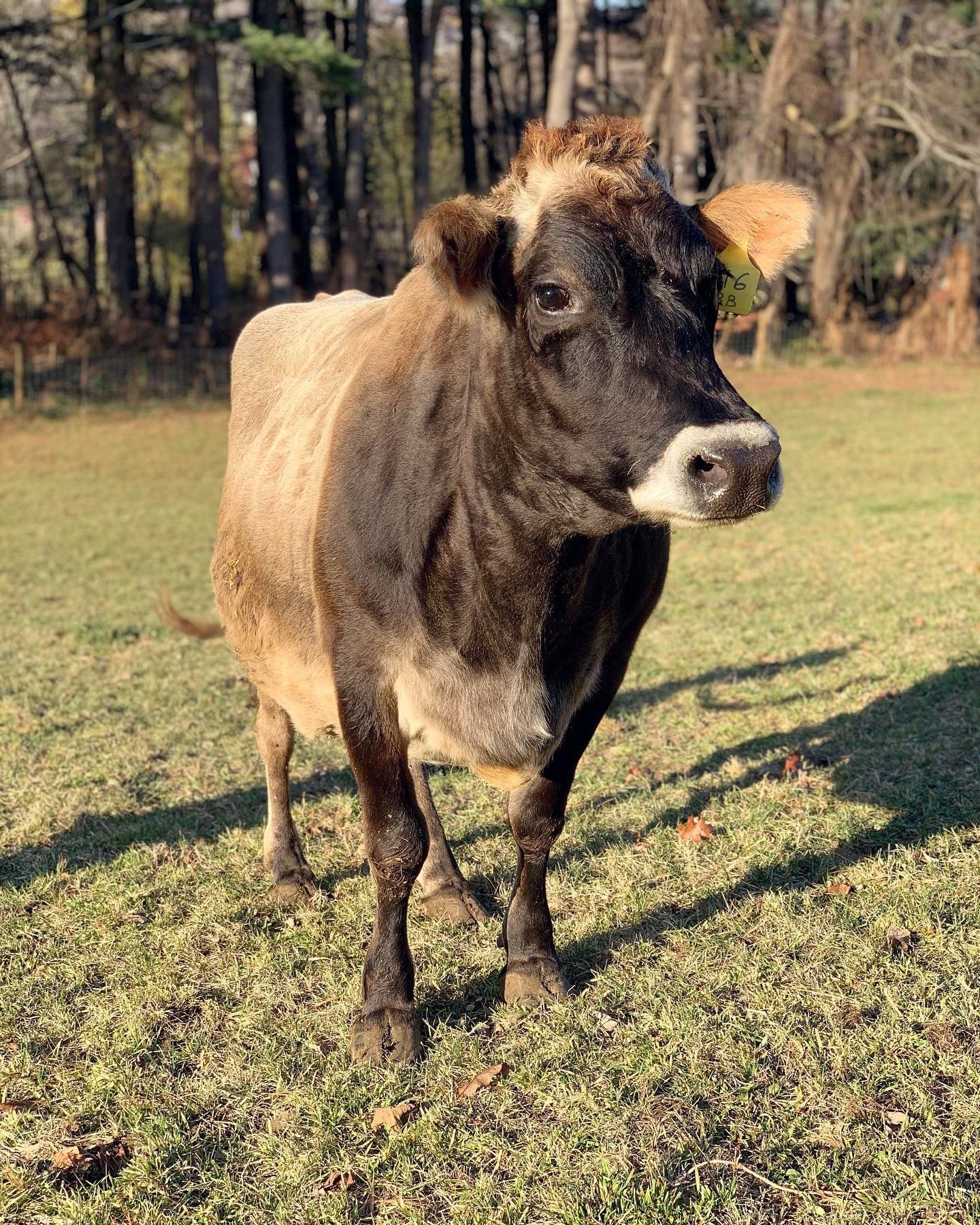 Ebb was a dairy cow until she arrived at Safe Haven in November 2021.  Until then, Ebb had spent her life on a dairy farm. She was routinely artificially inseminated, gave birth to a baby and had that baby taken from her after giving birth so she could produce milk for human animals to consume.

Ebb suffered a broken pelvis while on the farm.  After healing, it was advised she stop having babies. Since she was no longer “of use” on the farm, she was destined to be sent to slaughter.

Thankfully, someone reached out on Ebb’s behalf and we began preparations to welcome her to her new home.  Now she has the freedom to choose when to rest when to explore when to eat and when to snuggle up with her new cow family.

Ebb is very gentle and vocal and she is always looking for attention.  She loves the daily treat we give her. She has a good big sister in Surprise who always gives her space to eat hay. 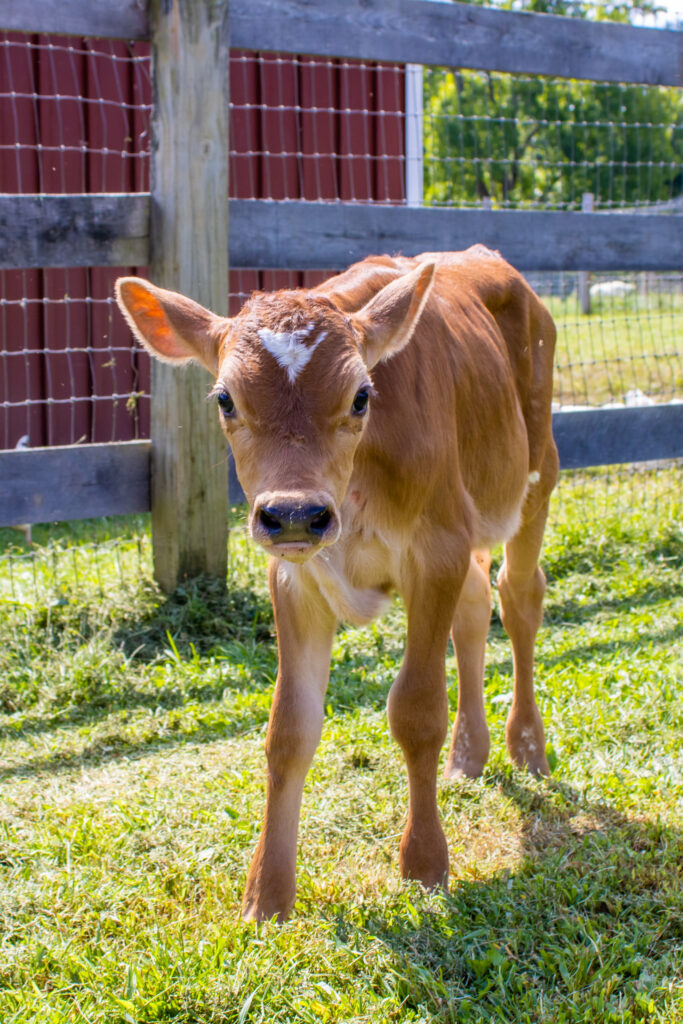 This precious little fella was born on August 19, 2021 on a dairy farm in Vermont.  He was just a couple of weeks old when he arrived at the sanctuary.  He is a Jersey calf which is a breed of dairy cattle raised primarily for milk production.  He was torn from his mother moments after birth and destined for slaughter. This is the cruel reality of the dairy industry. Male calves serve no economic purpose to dairy farmers. They are routinely taken from grieving mothers and forced to live out their short lives alone and terrified.  It is our privilege to welcome Luke to our family and surround him with the love, care and respect he deserves. 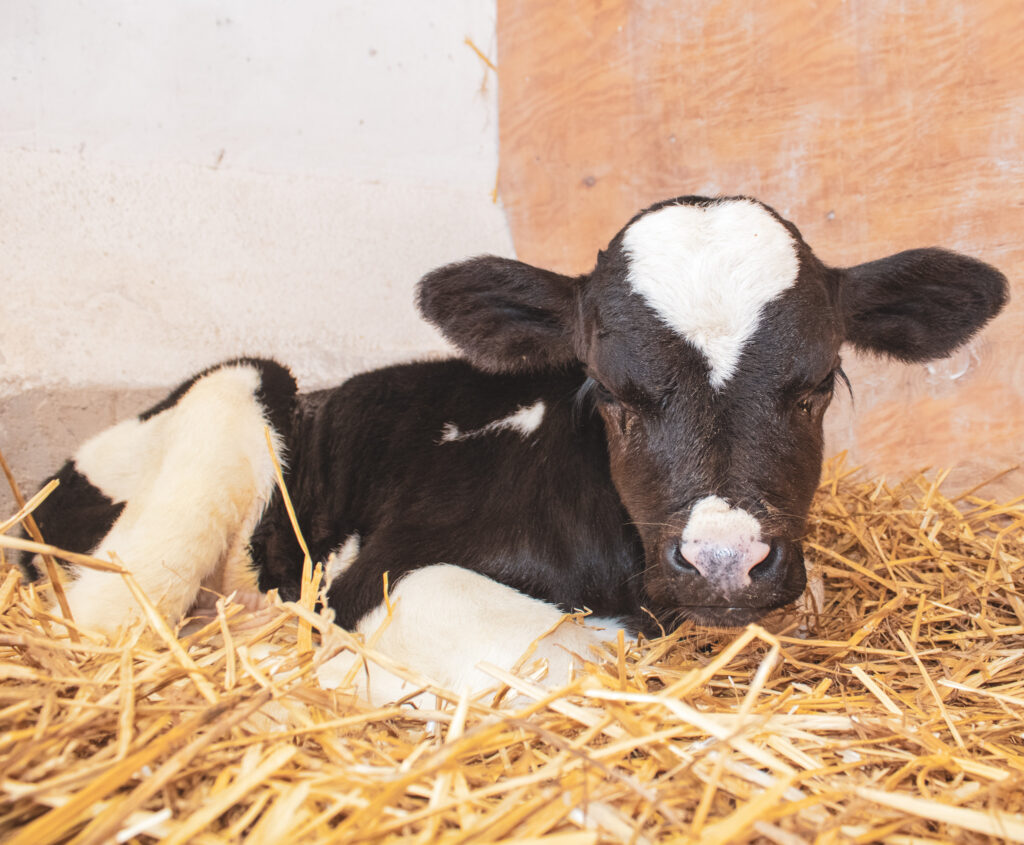 Romeo has faced some significant adversity in his young life. He was born 4 weeks premature and was too small to nurse and too weak to stand. He was tube fed with love and received medical care from a compassionate person intent on saving as many bull calves as possible. Having an underdeveloped immune system, Romeo also suffered a chronic umbilical cord infection.  When he was well enough to travel, his temporary caretaker brought him to Safe Haven.  When Romeo arrived at the sanctuary in September of 2021, he weighed just 50 pounds.  He is in a safe place and receiving all the medical treatment and nutrition he needs to recover.  The sweet heart shape on his forehead makes us melt every time we see this precious fella. He is surrounded by mega doses of love and affection from our dedicated staff.

In late summer of 2020, Safe Haven was contacted by a compassionate individual about two calves born on a dairy farm in need of rescue.  Male calves born on dairy farms are torn from their mothers on the first day of life and almost immediately sent to slaughter.  Not being able to produce milk, they are called “waste product” and viewed as having no value. Like animals of all species, cows form strong maternal bonds with their calves, and on dairy farms, mother cows can be heard frantically crying out for their calves for several days after they have been separated.

We can’t rescue them all but we had the privilege of helping these two calves  – the first cows to call Safe Haven home!

We welcomed Owen (left) and Matteo (right) to our sanctuary in September. They are safe and sound and feeling the love every day from our devoted staff. 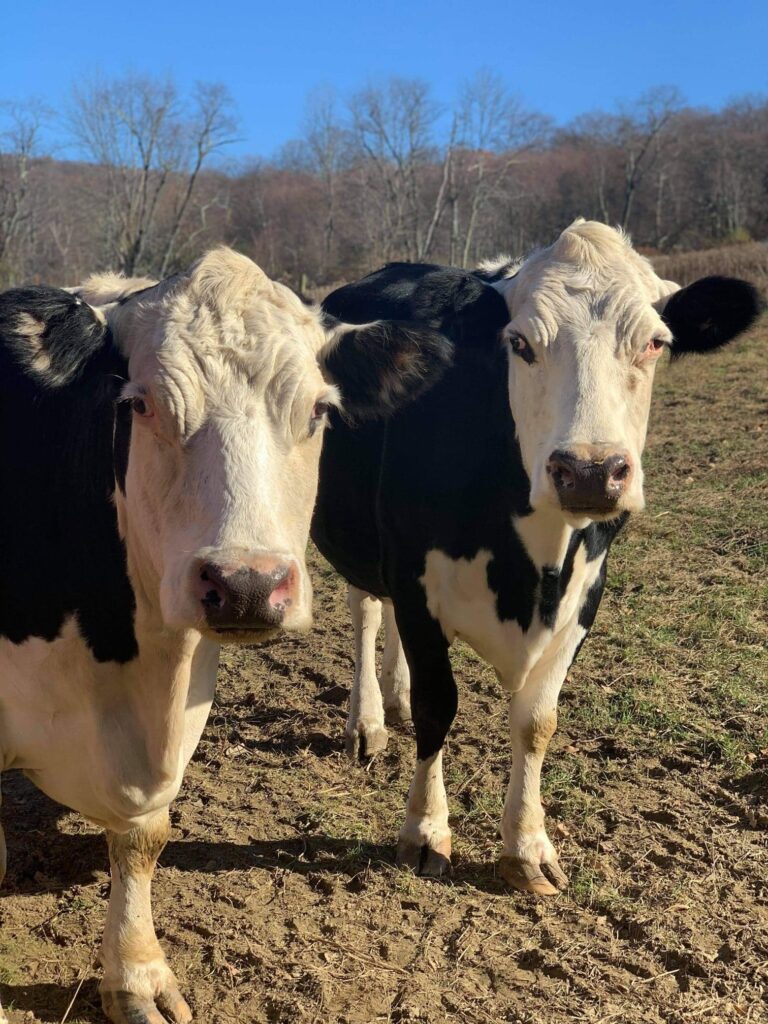 In October of 2020, we brought Ethel and her daughter Surprise home to Safe Haven. Tragically, a man who had been caring for these two cows recently passed away after a terminal illness. His wife could not keep up with his care, their cows’ care and the staggering mountain of medical bills from a flawed medical system. She had to make the heartbreaking decision to sell their land and rehome their beloved cows.

Ethel (right) and Surprise (left) are 18 and 11 years old respectively, and are fiercely bonded.  Surprise can often be seen licking her mother’s face with affection and adoration.