↓ Skip to Main Content
Home › Learn More › Someone or Something

You make a choice at every meal 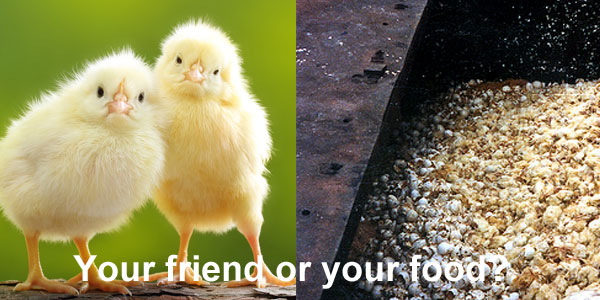 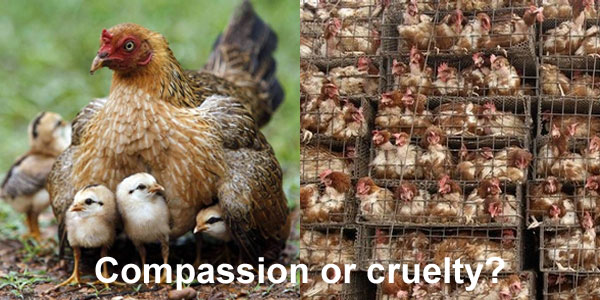 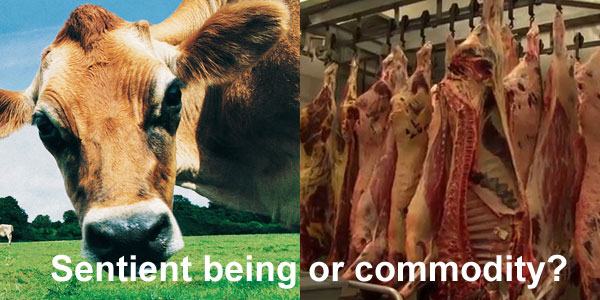 Because only female chickens lay eggs, producers face the question of what to do with male chicks (50% of the hatched eggs). Males have no economic value, so as soon as a chick is identified as male, it is “disposed” either by being ground up alive (shown in this picture) or by suffocation. These dead remains are then fed to cows and pigs, making natural herbivores into carnivores.

Over 200 million chicks per year are disposed of in this way in order to support the egg-eating habits of American consumers. 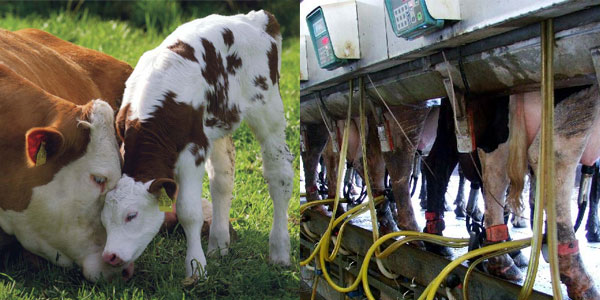 Female cows only produce milk after giving birth; cows milk is a perfect food for growing a 60 pound calf into a 1,000 pound cow in a few months. However, if a calf gets the cow’s milk, people can’t take the milk from the cow (humans are the only species who drink the milk of another species). So, male calves are taken from their mothers at birth and are either disposed (i.e., killed) or put in pens to be killed for veal. When the calves are taken from their mothers, the cows make a horrible noise for days (interpreted by many as mourning) – and yes, this happens at small, family-owned, humane, artisanal, organic farms as well.

In 2015, the USDA estimated that 2,907,000 dairy cows were slaughtered before 5 years of age. Cows will naturally live for 20 – 25 years. Because of the hormones and genetic manipulation, today’s dairy cows produce 12 – 20  times the milk they would produce for their calves. They are spent (i.e., no economic value as dairy cows) and slaughtered for human food at an early age. 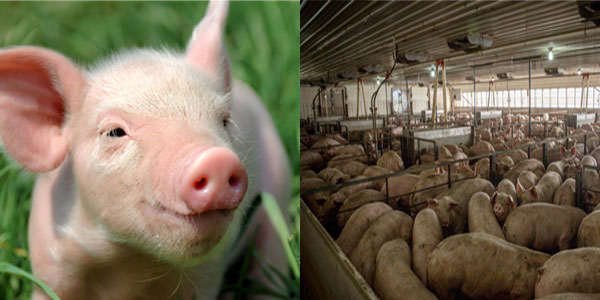 Pigs are curious, intelligent, and form strong social bonds. At Safe Haven Farm Sanctuary, many visitors are delighted by our pigs, Otis and Leo.

However, in the US, 106,876,000 pigs were slaughtered for food in 2014. The pictures from factory farms are heart-breaking, with pigs confined to small pens, unable to socialize, unable to move, and with mother pigs feeding their piglets through the iron bars of cages. 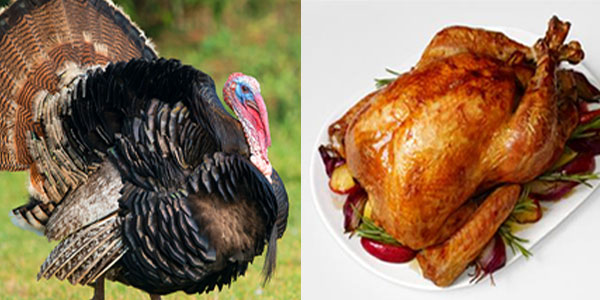 Naturalist Joe Hutto was the subject of a 2012 PBS show, My Life as a Turkey. Filmed in South Florida, it was based on Mr. Hutto’s experience when a basket of turkey eggs was left on his porch. When hatched, the turkeys imprinted on Mr. Hutto: they thought he was their mother! He lived with the turkeys until they reached adulthood, even climbing into trees to nest with them. He said:

I found so many interesting surprises. In particular, an extraordinary intelligence characterized by true problem solving reason, and a consciousness that was undeniable, at all times conspicuous, and for me, humbling.

Despite their intelligence, in the US, 236,617,000 turkeys were slaughtered in 2014. For Thanksgiving 2015, estimates range from 37 – 46 million turkeys slaughtered. As babies, turkeys undergo painful debeaking and cutting off of toes before spending their shortened lives in windowless, airless sheds. 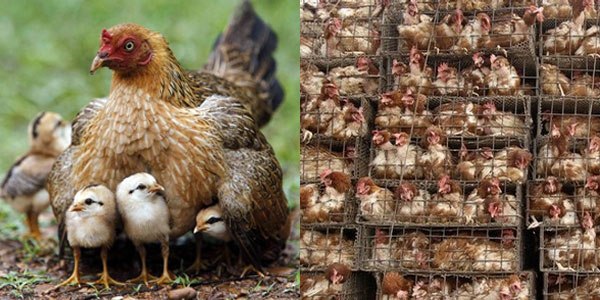 If you have ever driven on the highways in Delaware, Maryland, Virginia, North Carolina, and South Carolina, you can’t help but notice the open air trucks filled with chickens on the way to slaughter. These birds are crowded into small cages and travel without food and water for up to 12 hours until their inevitable fate at a “processing facility” aka slaughter house.

Just under 9 billion chickens are slaughtered each year in the U.S. This is what their lives were like:

The chickens we eat are genetically selected to reach a grotesque weight of more than 6 times their natural weight in just one-and-a-half months. They are still babies when we eat them—not yet of reproductive age—but they are so large for their soft bones that many cannot even stand on their legs, let alone walk. The only relief they get from their painful skeletal disorders, lameness, and cracked bones is when they are killed a mere one-and-a-half months after being born. 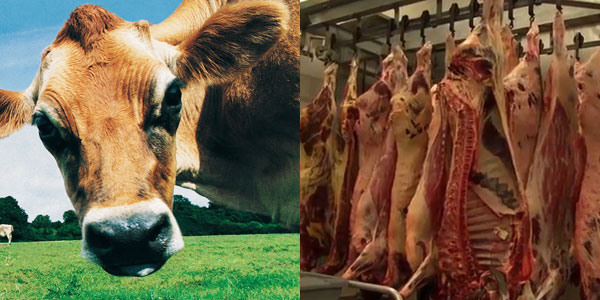 When you meet a cow, face-to-face, you can’t help but be impressed by their gentleness. For such large animals, you feel safe among cows.

In the US, 9,350,000 cattle were slaughtered for food in 2014. When we see pictures of cow carcasses, we think it is normal for 2,000 pound animals to be hung up by their hind legs, the flesh of their bodies waiting for butchering. This is all so people can have dead cows for dinner. However, each one of these animals was recently a living, breathing, sentient being.

Eat plants and save over one animal per day!

There have been many studies on how many animals you save by eating only plants. The numbers range from 50 – 580 animals per year, depending on what you include in the count:

It is a complicated calculation. You can see the details here.

Even if the calculations can vary, you can show your compassion towards animals by eliminating or even reducing the amount of animal products you consume every day. In addition to saving animals, you will also be saving your own health – there is an overwhelming amount of scientific evidence that plant-based diets are good for human health and good for our planet, too.