A Professor Goes to Jail

Deborah Schwartz Posted in Ethics of animal use

In January, I spent eight days in the Sussex County, New Jersey, jail. I served the time as punishment for my acts of civil disobedience at the state’s black bear hunts.

My jail stay was much shorter than that of most inmates. Lacking first-handed knowledge of what most inmates endure, I initially hesitated to write about my experience.  But several colleagues told me that because it’s rare for a professor to go to jail, many people would want to hear what it was like for me.

I will first briefly say how my opposition to the bear hunts resulted in jail time. Then I will describe my jail experience, highlighting something I learned about myself. 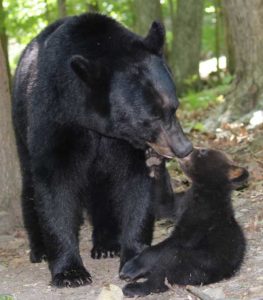 In 2003, after a three-decade ban on bear hunts, New Jersey decided to reduce its bear population and has held hunts most years since then. Hunters have taken the lives of over 3,600 bears.

Many citizens have considered the hunts to be unnecessary and incredibly cruel, and dozens of us have protested at State check-in stations where hunters bring the bears they kill. On seven occasions, I purposely stepped into restricted areas, knowing I would be arrested. It was my way of dramatizing my resistance to the State-organized killing.

The local courts punished me with fines. After several arrests, the courts warned me that if I persisted in acts of civil disobedience, I would not only pay a fine but also go to jail. I persisted nonetheless, hoping that my willingness to go to jail might demonstrate how seriously I consider the killing of the bears to be. And after my recent arrest, a court sent me in jail.

I went to jail on a Friday afternoon. After intake interviews, I was given jail clothes and bedding and put in a cell by myself. The cell had a bed, small desk, sink, and toilet; otherwise it was empty. I had nothing to read or to write with.

Through the small window in my cell door, I noticed a couple inmates in the adjoining day room. When I caught the attention of a corrections officer, I asked him if my door was locked by mistake. He said, “No, you’re on med-lock. You’ll be locked in until you see the doctor for medical clearance. She won’t be here until Monday, and she has lots of appointments, so you might not see her until Tuesday. Sorry, but I don’t want to get your hopes up.” 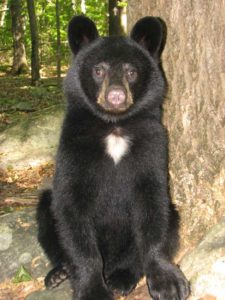 Prior to jail, I had wondered how I might tolerate the situation I was now in—being alone in a cell with no books or writing materials. I had imagined I might be able to pass the time by roughing out essays or poems in my head. But in my actual cell, this was impossible. The sound from the TV in the day room was so loud I couldn’t think.

I then tried to pass the time by sleeping, but the bed was very uncomfortable. What’s more, unseen inmates intermittently hollered and pounded on the walls, the sounds reverberating in my cell. I had no idea how I could make it through the next three or four days.

That night I asked a corrections officer if he could possibly get me a book. He didn’t answer, but he returned with a book on the history of salt. I found the book to be tedious, and I read only short segments of it, but I took great comfort in having it. I felt I had regained a bit of my old life.

Early the next morning, Saturday, an inmate pushed a copy of Viktor Frankl’s Man’s Search for Meaning under my cell door. The book is about Frankl’s time in a Nazi concentration camp and the existential psychotherapy he developed. I read the book in college (in the 1960s), but I eagerly spent the next four or five hours rereading it. I became engrossed in Frankl’s accounts and pondered his conclusions. After that I yearned for something else to read. When boredom became too much for me, I returned to passages of Frankl’s book.

That day I asked a corrections officer if he could give me a pen and paper, and he found me a small, flexible pen (made to prevent stabbing) and three pieces of paper. These were treasures. I began writing a story about a pig on the farm sanctuary my wife and I founded. I could only concentrate on the writing for about 15 minutes at a time, but it was something to do.

Most inmates who have received medical clearance can spend time in common day rooms, but they are locked into their cells for about 40 minutes a few times a day. During most of these lock-in periods I was allowed to walk around the day room alone. I also could watch TV, but the shows didn’t hold my attention—they seemed merely to add to the building’s noise—and I turned the TV off. On Saturday and Sunday, I was allowed to call home for a few minutes, and I was very grateful for this. But all in all, I spent most of Saturday and Sunday staring at the walls of my cell.

On Sunday afternoon I heard someone outside the day room announce, “Library cart. You guys want anything?” When they muttered, “No,” I wanted to shout, “Hold it! Please come to my cell! I need books!” But shouting angered the staff, so I checked my urge. Then I thought to myself: I never realized the depth of my need for books. Books are at the core of my being.

I saw the doctor Monday morning, and later that day my period of isolation ended. I was let into the day room with other inmates. 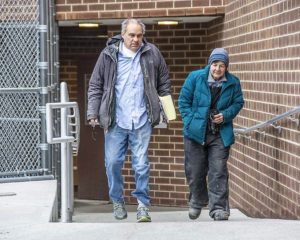 I got to know the man who had pushed the Frankl book under my cell door. He spent hours pacing the floor, but he sat down and told me about his life on the streets. He loved to write poetry but had no money to buy paper from the canteen and had to scrounge for scraps. He also enjoyed reading but said the prison library had almost nothing in it. “So,” he said, “I spend my days pacing, cleaning my cell, and reading every page of the newspaper five times.” He had served time in several other correctional facilities and observed that confinement and boredom make many people suicidal or drive them insane.

Compared to my period of isolation, the remainder of my stay was much easier. It felt especially good to engage in conversations at meal times. I still had little to read, but I only had to serve five more days. If I had a longer sentence, I’m sure I would have needed books very badly.

My own need for books is understandable, of course; professors come to rely on them. But I bet many inmates can find immense value in books, in the way books take us to other places and stimulate our thinking. While I believe our society should imprison far fewer people, as long as it incarcerates them, book donations and classes that encourage reading can be very helpful.

A final note. Just before I was discharged, the man who had given me the Frankl book handed me a poem he had just written. It was about respecting bears.

Bill Crain is a professor of psychology at The City College of The City University of New York and co-founder of Safe Haven Farm Sanctuary in Poughquag, NY.